Memorial Day is a time to pause, remember, reflect and honor the fallen.

What it isn't is a day to thank a veteran, and many veterans will say as much.

Memorial Day, celebrated the last Monday in May, was set aside to pay tribute to those who died serving in the military.

“Three years after the Civil War ended, on May 5, 1868, the head of an organization of Union veterans — the Grand Army of the Republic (GAR) — established Decoration Day as a time for the nation to decorate the graves of the war dead with flowers,” according to the U.S. Department of Veterans Affairs website. “Maj. Gen. John A. Logan declared that Decoration Day should be observed on May 30. It is believed that date was chosen because flowers would be in bloom all over the country.”

By the end of the 19th century, Memorial Day ceremonies were being held across the country.

After World War I, the day was expanded to honor those who have died in all American wars. In 1971, Memorial Day was declared a national holiday by Congress and placed on the last Monday in May.

Veterans Day, also a federal holiday, is on Nov. 11 and is designated as a day to honor all who have served in the military.

Veterans Day began as Armistice Day to honor the end of World War I, which took place Nov. 11, 1918.

Following both World War II and the Korean War — and at the urging of veterans service organizations — Congress approved legislation on June 1, 1954, to rename the holiday Veterans Day.

It is important to honor all who have served our country. They've made sacrifices and put others above themselves to make sure our freedoms remain.

But Monday is for those who have paid the ultimate sacrifice. Veterans organizations across Washington County are hosting ceremonies to recognize these brave souls.

This Memorial Day, take the time to to honor the men and women who have died in action.

Have a safe and considerate Fourth of July

Construction progresses inside and out at APS 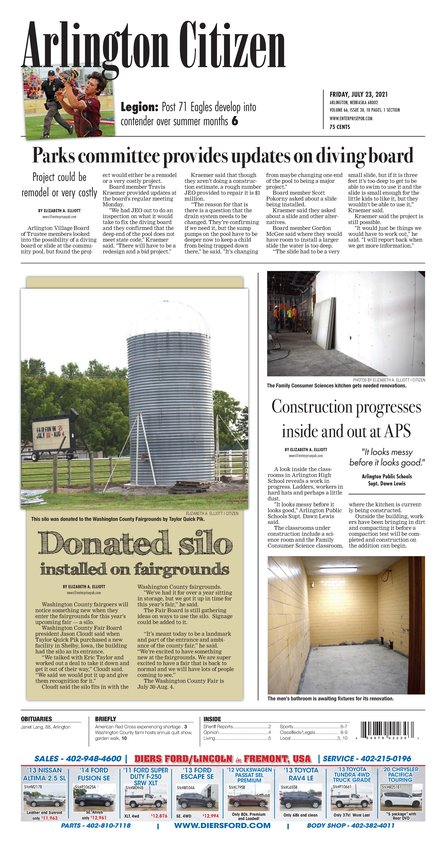