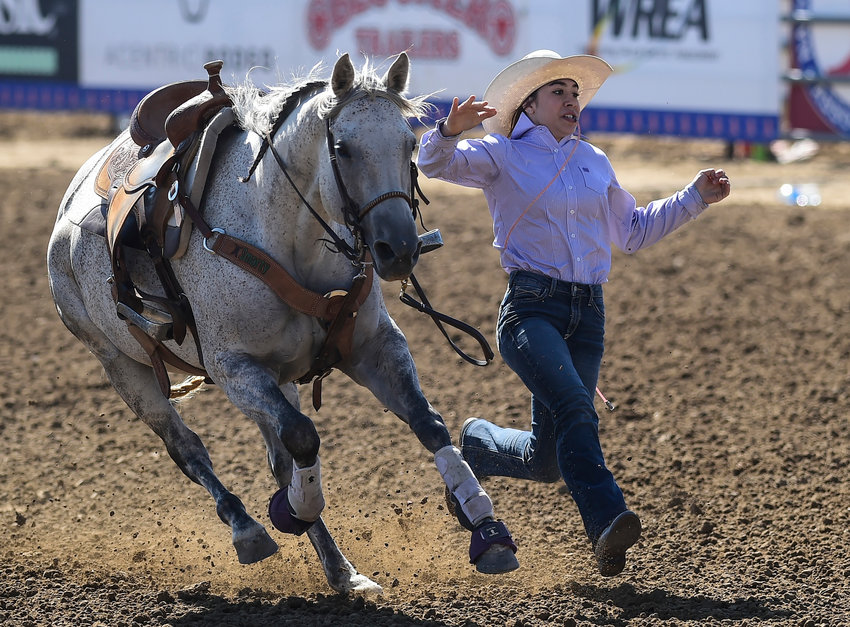 Libby Hegemann of Arlington competes in goat-tying Saturday during the 12th performance of the NHSFR at Morningside Park in Gillette, Wyo.
News Record Photo/Ed Glazar 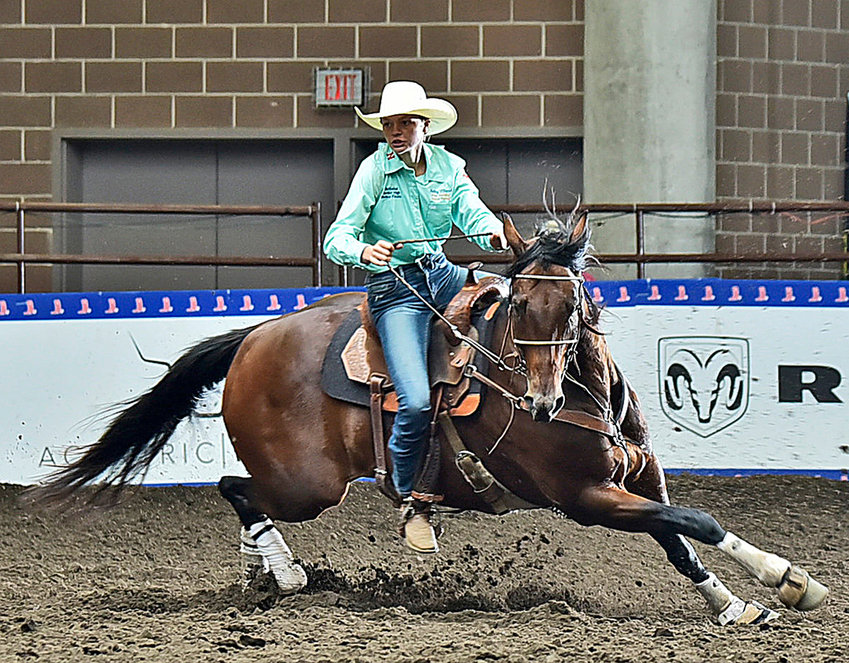 Hailey O'Daniel of Arlington competes during the 2021 NJHFR in Des Moines, Iowa. Last week, she made her debut at the National High School Finals Rodeo in Gillette, Wyo.
Acentric Rodeo/File
Previous Next
Posted Tuesday, July 26, 2022 12:09 pm
By Grant Egger - sports@enterprisepub.com

Despite her vast rodeo experience, Arlington cowgirl Hailey O'Daniel was still nervous before her first National High School Finals Rodeo (NHSFR) barrel race July 19 in Gillette, Wyo.
The soon-to-be AHS sophomore reminded herself that — despite the thousands of spectators in attendance — the international event was just “another rodeo.” She felt comfortable once in the saddle and competed against athletes from the United States, Canada and Australia.
While the barrel racer finished 182nd overall, her classmate, Libby Hegemann, was 31st in goat tying. Both Washington County cowgirls were making their NHSFR debuts.

Hegemann makes 2 top-10 runs
Overall, Hegemann took 17.55 seconds to complete her two goat-tying runs at Cam-Plex's Morningside Park, a multi-purpose complex that plays home to demolition derby, horse racing, monster trucks and rodeos.
Nebraska High School Rodeo Association's goat-tying champion finished her first run July 19 in 8.39, earning fifth out of 31 cowgirls from across the country. Once five performances were completed, the run was 29th out 150 official times in the first of two go-rounds.
Then, during the final performance before Saturday night's finals, Hegemann finished her second run in 9.16 seconds. It was 10th during the performance, 29th in the second go-round and left her just 11 spots shy of the short-go final round.
“I'm just kind of excited to keep going,” the Arlington cowgirl said in June before her first finals trip. Now, she has three more opportunities to return.

O'Daniel learns rodeo lesson
O'Daniel competed in Wyoming on her backup mare.
Her first choice of horse was injured midway through the Iowa High School Rodeo Association season and yet she qualified for nationals as she learned to ride on a new mare.
“She's hard to figure out,” O'Daniel said.
The Arlington cowgirl finished her first nationals run with an official time of 22.829 seconds before finishing her second on July 21 in 22.778. Those results were 27th out of 32 and 28th out of 32 in each performance, respectively.
“I learned that you just have to adjust to the situation,” she said, making no excuses.
On the first run, O'Daniel took responsibility as her horse took her into a barrel.
“I just needed to trust her more,” she said.
All told, though, the Arlington cowgirl enjoyed the NHSFR experience. She was impressed by the number of activities available for qualifiers to participate in.
The barrel racer took in the trade show, explored scholarship opportunities and played in the sand volleyball tournament. Most importantly, though, she said she was able to further connect with her Team Iowa rodeo athletes after competing on the Nebraska circuit in past years. 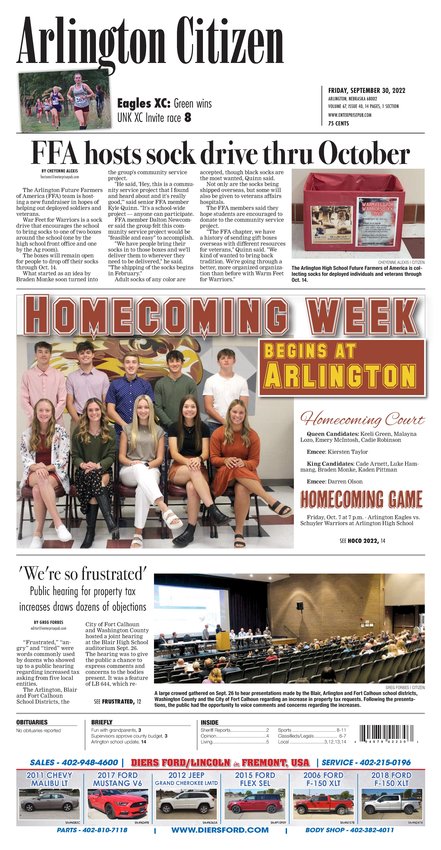