No injuries in 1-vehicle rollover

A single-vehicle rollover accident resulted in no injuries Saturday morning at county roads 13 and P32 near Arlington.

Trinton McDuffee, 16, of Kennard, told deputies he was driving west on County Road P32 when an older pickup truck was traveling east in the center of the road. McDuffee swerved to avoid hitting the vehicle.

Brensel said all four occupants were wearing their seat belts and no airbags were deployed. All occupants refused transport and no citations were issued.

Turning crafting fun into a business

Judging classes of heifers and pigs

Turning crafting fun into a business

Judging classes of heifers and pigs

Diving without a board 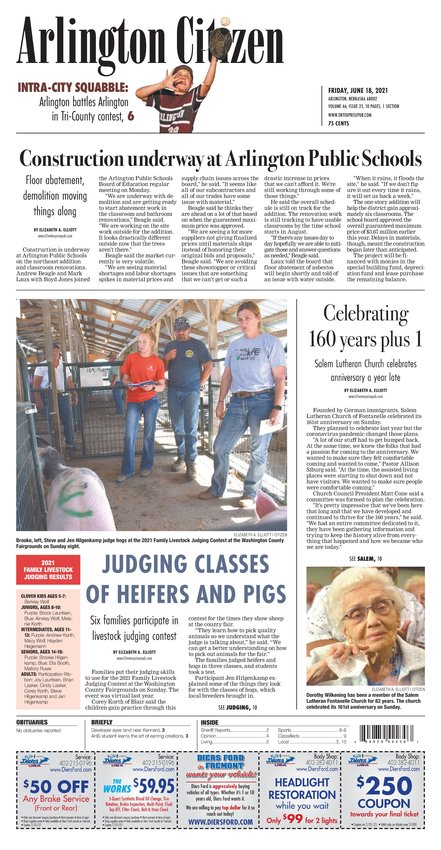