The Nebraska Legislature continues with all day floor debate, discussing and voting on countless bills. Speaker Mike Hilger’s office announced their priority bills and I believe he has chosen some great topics critical to Nebraska that will receive a total vote after much deliberation on the floor of the legislature.

I want to acknowledge with sincerity the sad news of Omaha Mayor Jean Stothert's husband passing away a couple of weeks ago. My thoughts and prayers go out to the Stothert family during these difficult times. I applaud Speaker Hilger's efforts this week in bringing LR 73, a resolution to extend sympathy to the family of Dr. Joseph Clarke Stothert and recognize his dedication to the practice of medicine in the Omaha community.

A couple more of my co-sponsored bills came to the floor this week and were debated thoroughly with my full support. The Revenue Committee, chaired by Sen. Lou Ann Linehan, informed me that my priority bill, LB644, passed through the committee with a 7-0 vote. I appreciate the time and patience they gave my office with this bill.

Lastly, I wanted to address the updated health education standards draft released by the Nebraska Department of Education. I have received numerous letters from my constituents in Washington, Burt, and Cuming counties, and I have to say, I stand with Gov. Pete Ricketts on this issue. The Nebraska Department of Education should scrap this proposal as it would, in my opinion, only lead to increased confusion. It is totally inappropriate for our school system and would force our teachers to discuss sensitive topics that should be held at the student's home with their parents.

I want to give everyone a breakdown of what these standards would be. New curriculum would promote the discussion of genitalia, define sexual orientation and identify “trusted adults” to whom students can ask questions about gender identity and sexual orientation in our elementary schools. The students would need to distinguish between sex assigned at birth and gender identity, explaining how they may or may not differ. They would also learn the "gender spectrum" and "define and explain differences between cisgender, transgender, gender non-binary, gender-expansive, and gender identity.” In middle school, students would be taught how to define vaginal, oral and anal sex while in high school, they will be directed to agencies that provide abortions and emergency contraception. For more information, you may go to www.education.ne.gov/healthed/health-education-standards-development/

Again, I feel these new standards are wildly inappropriate and have no place in our public school systems, especially our elementary and middle schools. Nebraska's parents and their children are already bombarded with so much; these issues should be left up to the parents to decide when they discuss these issues with their children, not some arbitrary government department forcing radical changes on our public school systems.

You're welcome to contact our office at 402-471-2728 to speak with my Administrative Assistant and Committee Clerk Ellie Stangl or my Legislative Aide Christopher Prosch. You can also email me at bhansen@leg.ne.gov. To follow along with the session, please visit nebraskalegislature.gov, or you may watch the live stream when available at netnebraska.org.

“Godzilla vs. Kong” is mindless fun

It’s OK to be positive. No, really

All about da pizza pie 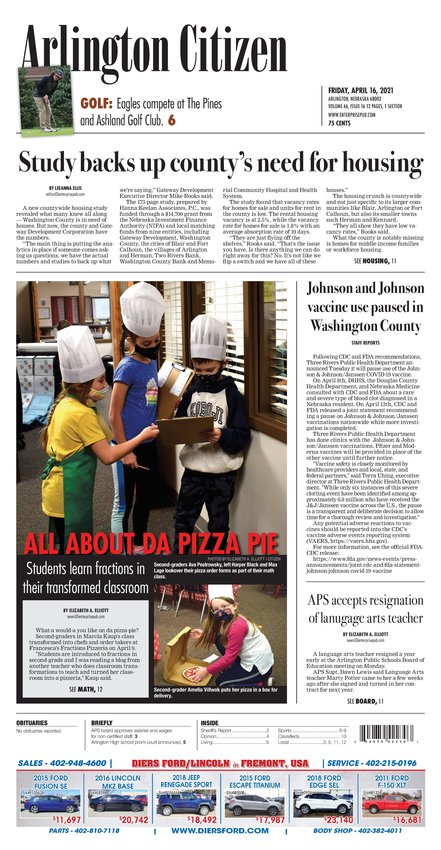