It was no surprise when Kember Huber knew the championship word of the Washington County Spelling Bee on Thursday at Arbor Park Intermediate School.

That was correct, and the Otte Blair Middle School eighth-grader was crowned the 2021 champion after 13 rounds of competition. She will compete at the Omaha World-Herald Midwest Spelling Bee on March 13.

Kember, who previously won the bee as a third-grader in 2016, had help as she prepared for the competition.

“My mom would just ask me the words and I would spell them back,” she said.

But she faced some tough competition in another experienced speller and classmate, Jase Bensen, who previously won the county competition in 2018 and was co-champion in 2019.

“I really like being in the spelling bees. They're really fun to do,” Jase said. “Before this, there was a lot of last minute studying.”

The pair traded words like “Carabinieri” and “condemn” before Kember correctly spelled “encore” in the 13th round to receive the championship word “revelation.”

A shot against COVID-19 for educators

A shot against COVID-19 for educators 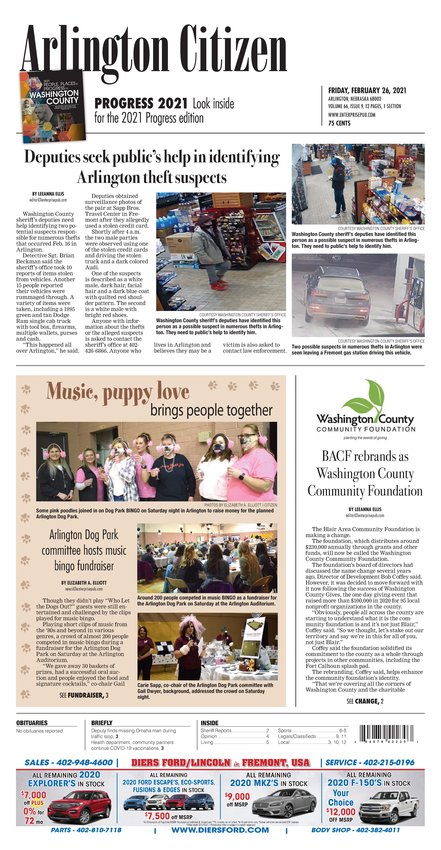